JOIN ONE OF MY UPCOMING TOURS

(English) The British Museum features some of history’s greatest treasures such as the Egyptian mummies. Many of the objects on display have been key to understanding world civilisations.

With this tour  of the British Museum we will “travel” to Assyria, Egypt, Greece, Hadrian’s Wall and Suffolk and see some beautiful and fascinating objects such as the paintings from Nebamun’s tomb discovered in the Nile valley, the Rosetta Stone that unlocked the 1400 year old mystery of the Egyptian hieroglyphs and many more.

This tour is the perfect family outing for a rainy winter weekend, or the ideal preparation for a trip. It can also be done on a Friday evening and maybe finish with a drink in the Rosewood Hotel or the Jaques Garcia designed hotel called L’Oscar. 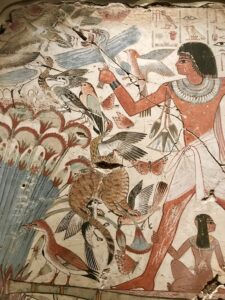 (English) The house is a treasure trove filled with history related to the Duke of Wellington, and surprisingly even has pieces of Sèvres porcelain from Napoleon’s divorce gift to Joséphine!  Wellington was not only a military hero, he was also a bit of a ‘Ladies’ man’ and we will learn more about that.

The collection also includes the centre piece of the famous Portuguese silver service commemorating victories in the Peninsular War and a number of exquisite paintings – including Titian and Velázquez gifted to the Duke by the Spanish royal family.

Maybe lunch afterwards in The Grenadier, the classic pub in a nearby mews. 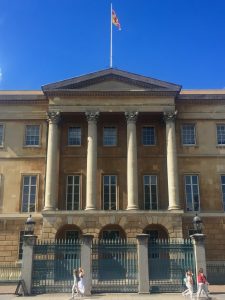